Poker Flat's next welcome blast from the past comes in the shape of 'The Poker Flat A Sides - Chapter Three'. Including 25 genre-defining hits from the earlier years, hand picked by faithful label captain Steve Bug, its a great reminder of the sheer quality to be found wherever you might look in the Poker Flat vaults. The whole team is represented here, with key cuts like John Tejada's seminal 'Sweat (On The Walls)' is followed up later by the equally heavy 'Big City Music', Guido Schneider & Jens Bond's cheeky minimal classic 'Oh My Buffer', Bug & Tanzmann's acid trip 'Byte The Frog' or the early Trentemøller bomb 'Polar Shift'. Moving on Märtini Brös' awesome 'Darkroom' captures that refined rave spirit while key Poker Flat helmsman Martin Landsky's sleazy 'Back (Go For The)' pumps satisfyingly before Luciano's unmissable remix of Argy's 'Love Dose' takes stage. Steve Bug's uplifting remix of Sian's 'Sei' is a musical treat while his own 'Smackman' drops like a deadly ninja in the night. More treats from Argy are present with the darker 'Night Ritual' and later, 'La Pasion'. Fellow Londoners of the time Berkson & What supply 'The Dig' which was one of their first funky minimal offerings for the label. Finally who could forget Trentemøller's 'Killer Kat' or Landsky's '1000 Miles', two real killers to round up the collection, which is brought to a close by the 'Erotic Illusions' of Nick Holder remixed by Bug & Landsky.  Check this collection from end of october on on the stores ! 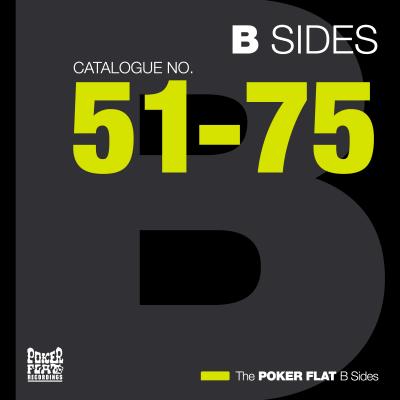