Into The Great Wide Yonder

... is the second album of Anders Trentemøller and the follow up of the highly succesful 'The Last Resort' (2006). Just like his debut, which struck a chord with new audiences all around the world, 'Into The Great Wide Yonder' is a truly remarkable album, offering as much depth and soul as it's predecessor, yet sounding ultimately fresh and different. Above all, the ten tracks show an artist that's willing to take risks, find inspiration in new places and move beyond the sound of his previous album. Trentemøller: 'Of course didn't want to make the same record twice. So the album is for me a logic development from 'The Last Resort'. Instead he just started to collect new ideas, without thinking too much about the direction the music would take him: 'The only thing I knew was that I'd want the music to sound more organic and analog.' Compared to the intimate electronic mood pieces of 'The Last Resort', the ten tracks on the new album indeed have a more strange, mystic and dramatic vibe, with a lot of dynamics, distorted, driving twang- guitars, real and electronic drums mixed with haunting synths. With 'Into The Great Wide Yonder' Trentemøller is not only exploring new moody and atmospheric universes, but combines his sense for glorious soundscapes with a firm melodic and tonal touch. The original chord progressions and feel for melodies is fundamental to him, and that's also the reason why most of the instruments are played by Trentemøller himself on this album. 'I like the possibility to be surprised that chords and melodies change into something new. The music that I like most lets the themes and sounds come back in different disguises'. 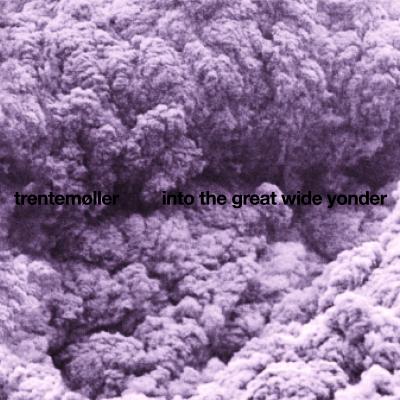